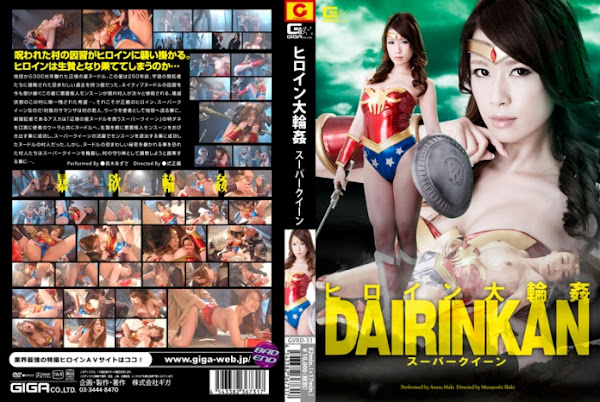 Three hundred lights-years away from Earth， Planet Noodle was conquered by the pioneers of the galaxy. The Monsuun inherited the traditions of Native Noodles and murdered the villagers one by one. The only one who can stop this holocaust is Super Queen! Uoora， chief of the village， sends a messenger to Earth asking for help. Asuka (Super Queen)， a newspaper writer， travels to Planet Noodle with the messenger of Uoora... The villagers succeed in luring the Monsuun out using Super Queen and defeat it with her help. After the magnificent fight， Super Lady asks if she can interview the villagers about their village. But the villagers feared the merciless secrets of their village would be spread because of her article. They decide to tame Super Queen by gangbanging her so she would become the guardian angel of the village... [BAD END]