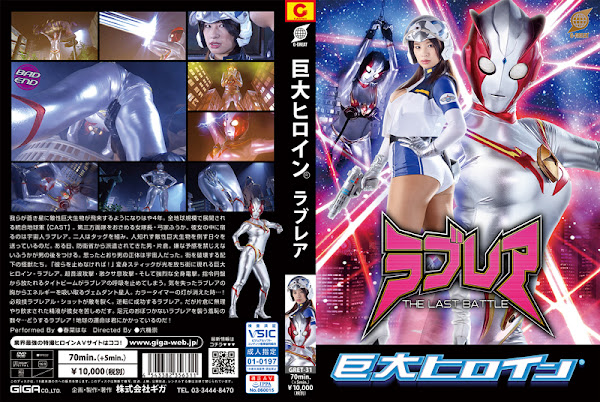 Four years has passed since mighty creature flied to our blue planet. Global defense force CAST is organized whole planet. Fuka is a female leader of the third area party. Alien Labrea lives inside of Fuka’s body. Fuka and Labrea cooperate with each other to defeat mighty creatures secretly. One day， the man named Katakura is sent from the Ministry of Defense to her party. Fuka feels something ominous and chase Katakura. She finds out his real identity is an alien. The alien’s subordinate monsters destroy the town. “I have to stop them.” Fuka’s transformation stick sparkles and gigantic heroine Labrea appears the town. She is attacked with supersonic， stinking breath， and strong electric shock. Labrea is beamed by flying saucer and she loses her consciousness. Alien Vemdant absorbs the energy from Labrea’s chest. When the flashing light on her chest is disappeared， her killer attack Labrea Shot defeats opponents. Labrea turn the situation. However， she is suffered from sperm which Katakura forced to drink Labrea. She can’t walk steadily. She is surrendered with different ways. What will you do， Labrea? You are the key to save the Earth! [BAD END]