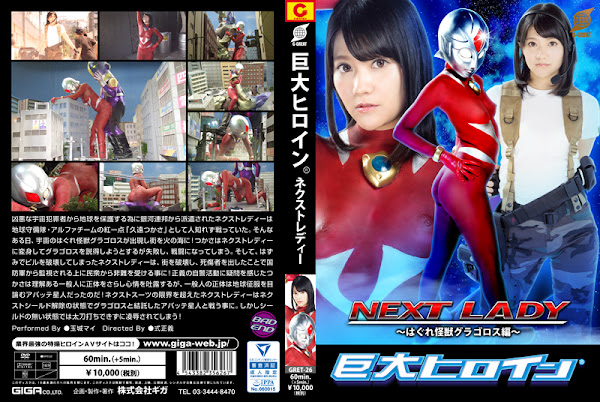 Galaxy Union send Next Lady to the Earth for protecting humans from evil space criminals. She has battled as Tsukasa Kuon， a female member of Earth Defense Force， Alpha team. One day， space monster Gragolos appears to destroy the town. Tsukasa transforms into Next Lady to convince the monster not to destroy the town but she fails. They starts fighting and then Next Lady accidentally destroys a building. She is monitored by Defense Force and accused by people， because of destruction of the town and incidence of casualties. Tsukasa doubts her battle activities and confesses her true color to a man. However， in fact， he was an alien Abbate who plots conquest of the Earth. Next Lady’s next suit surpass its limit， so she has to fight with a monster Gragolos and alien Abbate without Next Shield. She can’t fight with monsters without shield. She is assaulted. [BAD END]