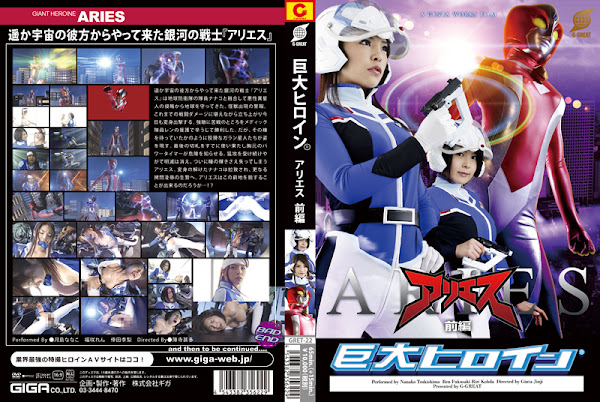 The galaxy fighter Aries comes from far beyond the space. Aries assimilates to Nanako， a member of the Earth Defense Force， to protect the Earth from invasion of evil aliens. When gigantic monster appears， she transforms into Aries and battles with monster at the risk of her life. Meanwhile， she manages to beat strong monster with support of Ren， a member of the Medic. However the alien Garan appears just after that. Aries is already exhausted and her power timer alarms. She is taken hard attacks continuously and finally she lost her power. Her transformation is released and Aries goes back to Nanako’s character. She is captured and tortured by alien Garan. Is Aries able to get over her crisis…? [BAD END and then to be continued…]