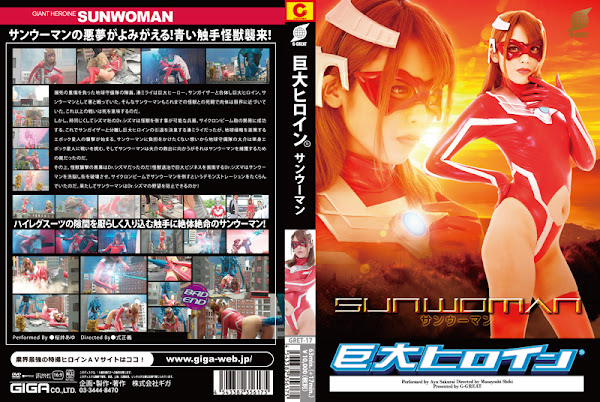 Mirai fuses with Sun Gazer to change into the gigantic heroine， Sun Woman. But the damage from before the fusion made it difficult for her to fight. If she goes beyond her limits， there is a chance of dying. Meanwhile， Dr. Shizuma invents the cyclone cannon that has the potential of defeating the monsters. Mirai decides to finally retire from the superheroine job but the aliens attack the city... Sun Woman tries to save Daisuke but this was a trap to capture Sun Woman that set up by Dr. Shizuma! Dr. Shizuma plans to brainwash Sun Woman to destroy the city then kill her with the cyclone beam. Can Sun Woman stop the evil genius from dominating the world? [BAD END]