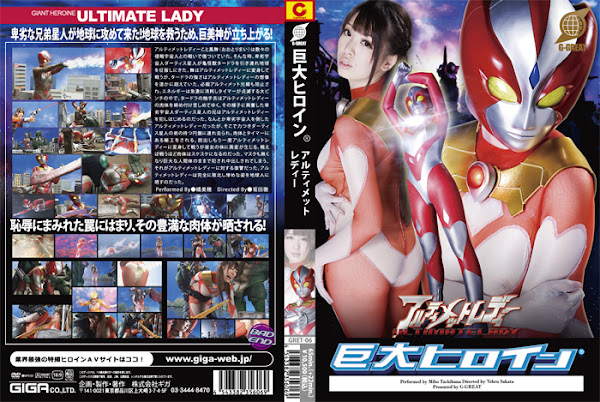 Mai Ootori is Ultimate Lady fighting space aliens invading Earth. After numerous battles， the heroine， tired and wounded， needs a rest. But cunning Alien Dirtis strikes with a turtle monster Turdora to conquer the planet， and Mai quickly transforms to fight. The turtle monster， however， is much stronger than she expected， blocking Ultimate Lady’s deadly move Ultimate Ray. Having lost her life energy rapidly， she is in big trouble. The ‘Timer，’ the warning light on the chest， starts blinking at a fast rate while Turdora’s tentacle tongue squeezes her body. Alien Dirtis watches her suffer in pain， and the meanest alien in the universe gets horny and begins to disgrace her. Though Ultimate Lady manages to defeat the alien， she collapses using up all the power and is taken into the aliens’ spaceship， where the aliens perform operations on her body and Timer. Mai escapes and transforms into Ultimate Lady again， but she discovers something is not quite right with her body; that is， the more she fights， the more transparent her costume becomes. Ultimate Lady is disgraced and gets cummed inside， while she remains a giant humanoid heroine with no mask. This is the aliens’ revenge plan， and Ultimate Lady， completely defeated， gets terribly humiliated while the entire population of Earth is watching. [BAD END]