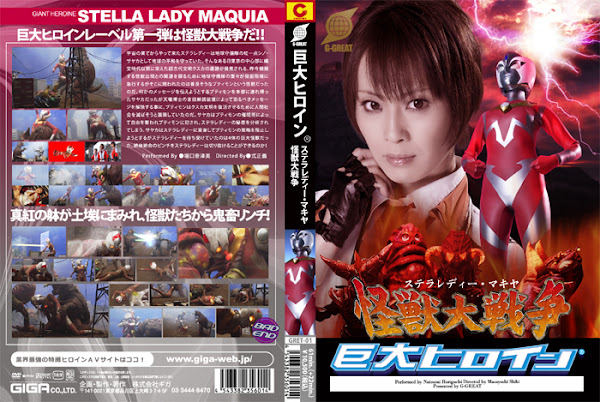 Sayaka Shino is the only female member of the Earth’s Defense Forces. Her real identity is Stella Lady， a superheroine coming from far away space to protect Earth. One day in downtown Tokyo the remains of Cuska， an ancient civilization that flourished before the prehistoric Jomon era of Japan， are discovered. To investigate the suspected association between the Cuska remains and the frequent attacks of monsters that have been terrorizing the city recently， Defense Forces members are sent to the archaeological site， where they encounter Petimom， a small monster that looks benign and harmless. Sayaka brings back to the headquarters the monster that is apparently trying to communicate something to her， and with a help from a genius Dr. Amakasu she successfully decodes its strange words， which turn out a horrifying message. To resurrect the Cuska civilization， Petimon is planning to destroy the whole world. Hypnotized by the monster， Sayaka is unable to move a muscle. Then the monster disgraces her and steals secrets of Stella Lady. Sayaka transforms into Stella Lady to stop the Petimon’s heinous invasion plan， but she is ambushed by four huge monsters. Can Stella Lady survive this fight and save the world? [BAD END]