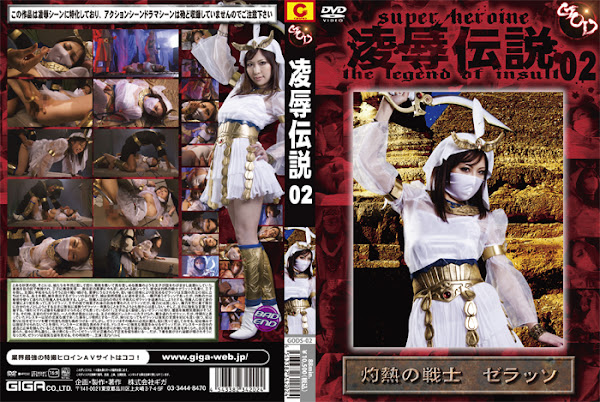 In a desert country， where the devilish Prince has distressed people under misrule and girls are screwed around， Shaura has had her parents killed in front of her eyes， herself disgraced by the Prince， and the memory has been tormenting her ever since. She transforms into and calls herself as Blazing Warrior Zerasso and keeps on fighting with the Prince to bring peace to the kingdom. While writhing in nightmares， Zerasso is awoken by the cries of a young girl and stands against the kingdom soldiers. Zerasso beats the soldiers and saves the girl， but she finds the girl suddenly changing into a specter. Baffled for a moment， Zerasso uses her secret techniques of Blazing Warrior and overwhelms the specter. But， the specter tries to drags Zerasso along in return for her own life. Zerasso blacks out under the specter’s desperate attacks， gets constrained in front of the Prince but never loses her fighting spirit against the authoritative power. The Prince， using his authority， tries to subject Zerasso who belittles his power... She is treated meanly but stands up boldly and rebuffs the Price with sharp words. ’You think you can force everyone to serve you!?’ Angered by disobedient Zerasso， the Prince tries to rip off her mask. Just then， all the lights in the palace go out and a man appears to save her. Zerasso escapes， with the help of the Prince’s close confidant Drester. Drester whom Zerasso believes to be her friend， however， turns out to be the Princess’ loyal servant， disappointing her greatly. But， Zerasso keeps hurling sharp words at the Princess. In her rage， the Princess whips Zerasso time and time again. Yet， Zerasso smiles back at the Princess， withstanding the pain. Learning that pain wouldn’t break Zerassoh， the Princess lets Drester treat her with mean torture. Zerasso faces Drester with strong attitude， but learning that Drester knows her past and her identity， she gets distressed and begins to feel aroused by his persistent groping. She gasps as she gets her breasts and nipples molested， gives out cries of joy as she has her hip groped， feeling her body getting heated up. But， she keeps on holding up her mind of justice intact... Yet， when her cunt is getting exposed with her underwear taken down， Zerasso’s heart begins to break down. And， then， suddenly... [Bad ending]