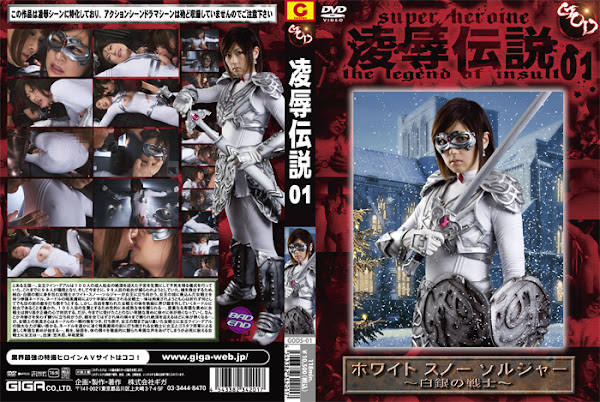 In a kingdom... Queen DeArl has been sacrificing live uteruses of 100 adult virgins who have reached their height for a ritual of achieving immortality. So far， 98 are gone. And， now the 99th virgin is about to be victimized. White Snow Soldier， a woman warrior covered in the white and silver armor stands against the Queen to save the girl. She goes into the compound of Queen’s castle， where Nadre the etat-major lies in wait for the Soldier. The woman warrior is captured and hung on a cross by Nadre’s black magic... With her body restrained， she has a unbreakable mind to go for beating the enemy before her eyes. But， Nadre starts undoing the armor of the woman warrior who is restrained motionless and gropes her body to find that she is a virgin. Nadre plans to make her the 100th victim and molests her sexually immature body... Under the repeated barnyard approaches， the woman warrior holds on to her pride and justice mind. But， the obscene molestation not yet experienced heats up her body gradually. She puts up with the molestation without losing her cool. But with the armor completely taken off， and the groping goes on in every corner of her whole body， she is getting turned on enough to feel the ecstasy. The proud woman warrior， taking Nadre by surprise， beats her down. She rushes to the Queen， but she has to meet with the powerful forces of Queen DeArl. Overwhelmed by the black magic far more powerful than that of Nadre， the woman warrior is beat and faces the obscene torture by the Queen and General Gostav... Her lips， cunt and all over her body are groped and molested. She withstands while letting out raunchy cries， but the Queen... [Bad ending]