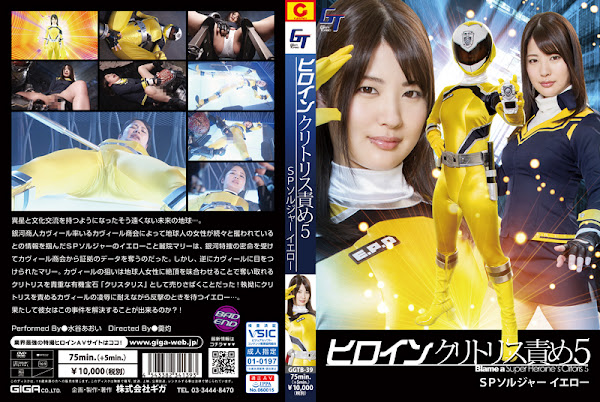 In the near future， the Earth has cultural exchanges with another planet. SP Soldier Yellow/Mary gets information that earthling women are continuously kidnapped by Caveel Trading led by a galaxy trader Caveel. She is secretly ordered by Galaxy Special Agent to deprive the data from Caveel as an evidence. However， Mary is targeted by Caveel. Caveel planned to give ecstasy earthling women to deprive their clitoris and turn it to precious jewel “Cristalis.” Caveel persistently attach Yellow’s clitoris. Yellow stand it and tries to counterattack. Is she able to solve the case!? [BAD END]