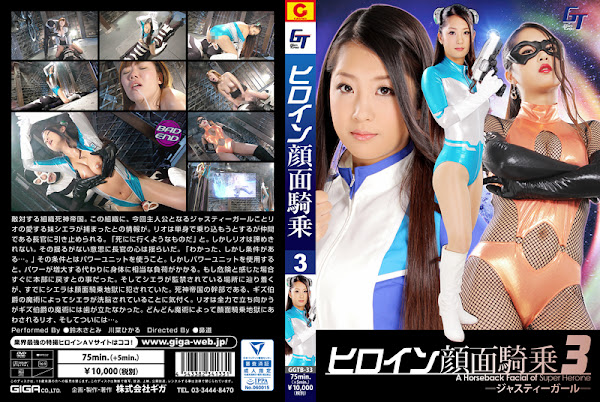 Death Empire is an opponent organization. Justy Girl/Rio is the heroine of this story. There is an information that Rio’s lovely sister Sierra was captured by Death Empire. Rio tries to sneak into the site solely but the general stop her. He said that it’s a suicidal act. However Rio doesn’t give up. Her strong will changes general’s mind. “All right， but there is one condition.” He orders her to use Power Unit. If she use Power Unit， her power increased but she is burdened at the same time. He also says if he judges she is in danger， he will immediately let her back. She reaches to the place Sierra is captured but she had already tortured with face sitting hell. Rio notices Sierra is brainwashed by a Duke Gizu’s magic， a cadre of Death Empire. Rio fights against them with her all power but she can’t against magic of Duke Gizu. Rio falls into a hell of face sitting. She is finally…[BAD END]