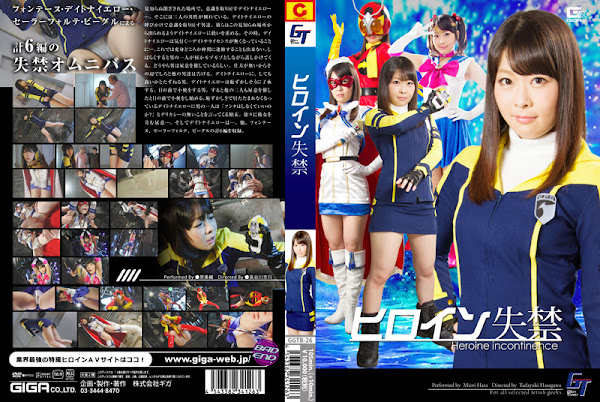 Daytona Yellow recovers her consciousness in the unknown and closed space. Three male strangers also lies with unconscious there. Daytona Yellow wakes them up. Three men beg her to get them out from this closed space. Then， she realizes her Daytona License is missing. Without license， she can’t transform and contact with her colleague. After a while， one man talks to her with fidgeting. He seems to be feeling the need to urinate. The other men tell him to pee around there. The man asks Daytona Yellow of permission. She unwillingly permit his peeing. The other two men also pee in front of her. Daytona Yellow can’t stand remaining there with shame. Besides， one man asks her insensitively， “Don’t you need peeing?” Gradually， she feels need to urinate…What is she going to do? The movie also contains Fontaine， Sailor Forte， and Beegle version， a total of 6 versions.【BAD END】