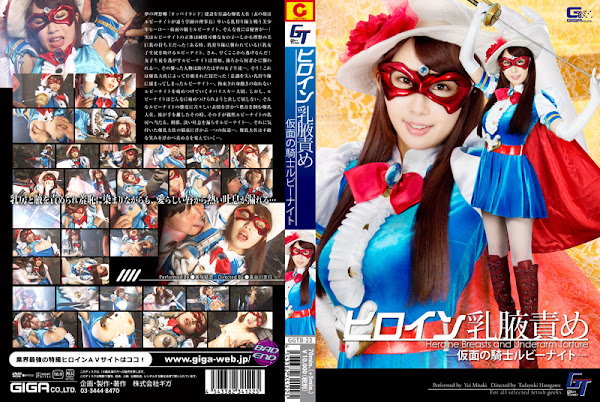 Ruby Knight， the beautiful hero， fights against Colonel Mega Boob (aka chairman of the academy) who is trying to construct Boobland. But he had a secret… Ruby Knight was actually a girl with big boobs! One day， she saves a female student who was getting assaulted by the Boob Hunters. Hurry， run away! Ruby Knight is attacked by someone from the rear… The person who attacked her was the girl whom she saved! This was a trap set up by Colonel Mega Boob. Ruby Knight is captured and Captain Boobski. But the powerful heroine will not give in! Colonel Mega Boob grabs Ruby Knight by the scruff of the neck. When he lets go of his hand， he accidently touches her titties and she sighs… Colonel Mega Boob comes up with a hypothesis and grins… [BAD END]