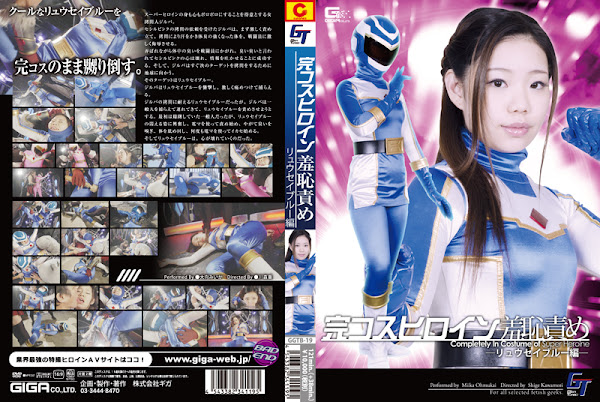 Zilba the torturer is an expert at impoverishing the superheroine physically and mentally. First she begins ranting， then sniffs the sweat after the long torture. Finally， she commands a combatant to disgrace her. While Zilba plays with Cecil Pink， the combatants scold her for the next target. They succeed in obtaining the information about Ryusei Blu! Garda attacks and captures Ryusei Blue. Ryusei Blue is resisting the torture but Zilba brings in ordinary people to the base. Although the ordinary people were hesitating in the beginning， their actions gradually escalate. [BAD END]