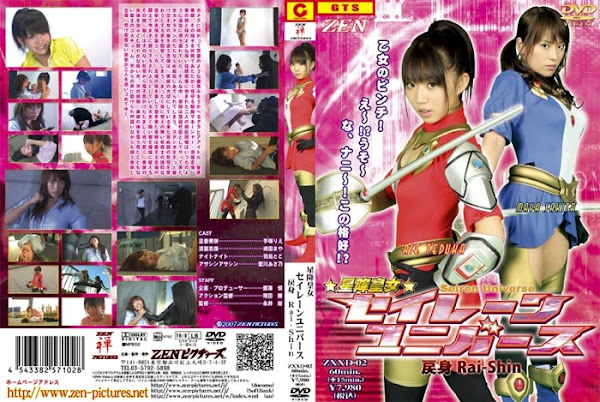 Misaki Koka， an idol， smiles at the camera like an angel. Her competent manager， Shiho Seigo， is giving her a gentle glance. They have a trusting relationship with each other like real sisters. The studio is filled with animated feeling as usual. However， Misaki is overwhelmed by a female photographer with murderous stare who has come to the studio as a substitute. Shiho follows the photographer who secretly leaves the studio and sees her steal the remembrance of Misaki’s parent whom she has not yet seen. Then Shiho is attacked by a female fighter whom she has not seen. On the other hand， Misaki searchs Shiho with anxiety. As she sees a big，sharp sword coming down on Shiho， an electronic sound brays from the remembrance. A Bright light envelopes the body of Misaki. Now she finds herself in a fighter’s costume she’s never seen. Though bewildered， Misaki and Shiho fight the enemy with the help of Heaven’s voice. But they are driven into a corner by merciless attacks.