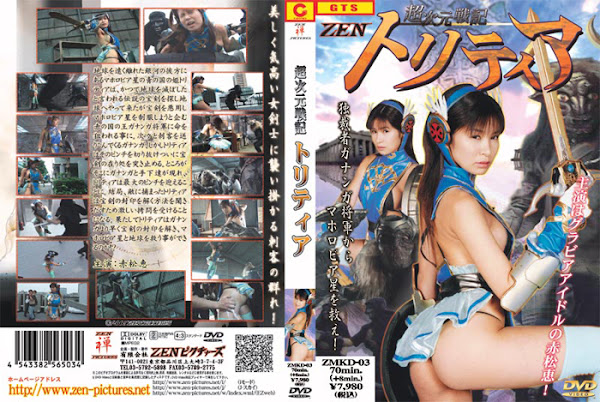 PrincessTrithia of Blue Land， in a planet called Mahorobia， located in a galaxy millions of light years away from Earth， comes in search of the legendary treasure sword that is said to have perished Earth in the past. However， Prince Gananga of Red Land， who schemes to use the sword for evil and conquer Planet Mahorobia goes after Princess Trithia’s life. Gananga sends in one assassin after the other. The Princess， however， successfully overcomes one close call after the other too， and finally tracks down the whereabouts of the sword. But， Gananga and his henchmen appear before her， and Trithia is cornered into a pinch. She ends up being captured by her enemies， and is tortured by them because they want her to tell them how to release the sword that has been sealed. Will Trithia be able to release the sealed sword before Gananga can get to it， and save Planet Mahorobia as well as Earth?!