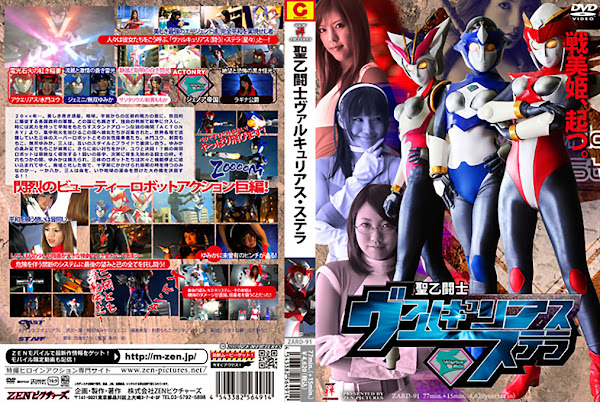 The year 200X... A beautiful planet， the earth. Due to a difference of an overwhelming fighting power from outer space， various countries’ armed forces have been recklessly obedient to the foe. However， there is one mysterious standalone organization named ”ACTONRY”， which doesn’t belong to any countries， and it intervenes into any international disputes and brings peace by force of arms. And now the girls of the organization are called to a country which has been exposed under the foe’s converging fire. The three super robots which have been active in all around the world， and the three female pilots， Yu Minato， Momoko Inuki， Yumika Musou. Three of them are at variance with the style and the pride. For that reason， unfortunately， Momoko gets damages because of Yumika’s overstep. And also like an additional blow， Yu duels over Yumi!? But in the meantime， the foe’s butchery robot invades the country without mercy! However， during the fight against the foe， the three fighters’ human bandage begins to grow gradually. But it’s short-lived. Yumika is captured， and three robots are driven into the functional cease one after another. Well， do they only have to wait for their death by being hanged onto crosses in the ruined city... Chance it， they decide to execute big-time mission， which bets not only their lives but also for the destiny of the earth!!