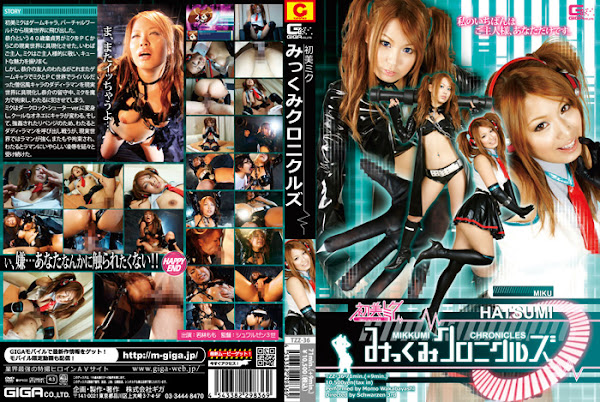 Kyosuke， a dirty 40-some virgin boy， is the master who has materialized Miku into reality from the PC world. Miku is respectful of the master and treats him with her charms and cuteness. But， Kyosuke’s friend Wataru is such a game character that he engineers to bring Daddy Raman， the priest in the PC world rivaling Miku， into reality and， during Kyosuke’s absence， restrains Miku with his magical power and has him screw her. Miku later transforms herself into Dark Rock Shooter， changing her character to a cool， gay sister. She calls up and fights Wataru and Daddy Raman to revenge for the disgrace. In fact， Raman proves much stronger， and she gets arrested and put to a series of unruly， dirty disgraces. [Happy ending]