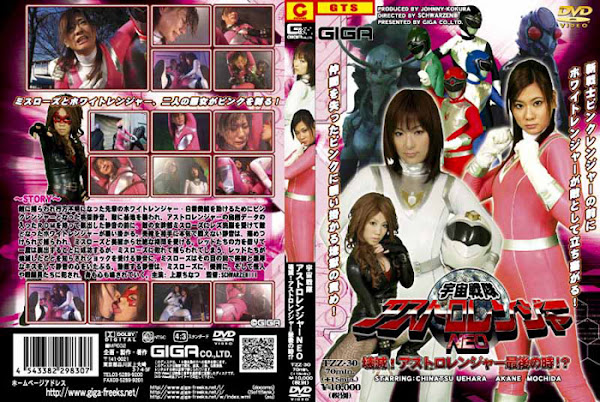 To save the life of her senior Mio Shirayuki or ”White Ranger” their enemy has captured， Shizune Momozono transforms herself into Pink Ranger. When the enemy strikes their base， Shizune manages to escape from the attack with a DVD-ROM containing secret data about the Astro Rangers. But then Shizune is attacked by White Ranger herself， lesbian-brainwashed by Miss Rose， female boss of the enemy organization. As she cannot really fight Mio， Shizune is heavily beaten up， caught and brutally tortured by Mio and Miss Rose. Though she once again escapes helped by Red Ranger， she is again defeated and captured by Miss Rose. Rose then tells Shizune that Red and other Rangers are all terminated. Shizune is deeply shocked， but that’s not the end. Miss Rose and Mio deep kiss each other before humiliated Shizune. Shizune， totally defeated， is disgraced by Miss Rose， Mio， humanoid monsters and combatants， and her mind and body are both ruined.