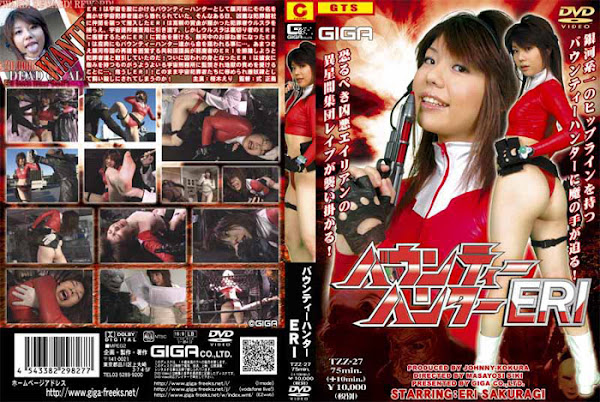 As a bounty hunter who travels all over the universe， ERI spread her name over the galaxy and was afraid of by space criminals. One day， ERI infiltrates an atrocious crime association disguised as a member， and catches a criminal， Ursula， for whom a big reward is offered， and turns him over the Space Federal Bureau of Investigation. Bounty Hunter ERI However， Ursula offers a prize for the traitor， ERI， to take revenge on her. Now ERI becomes wanted all over the galaxy， and ironically bounty hunters begin to seek her life... On top of that， the chairman of the republic maneuvering for the reconstruction of the galaxy empire has dealt with criminals to exclude his nuisance， ERI! ERI， who at last becomes a captive， is confined to the space prison where there are enormous number of people who have a grudge against her and tortured like hell... ERI is in danger! Will she be left violated by the space criminals and kept as a female servant and killed?!