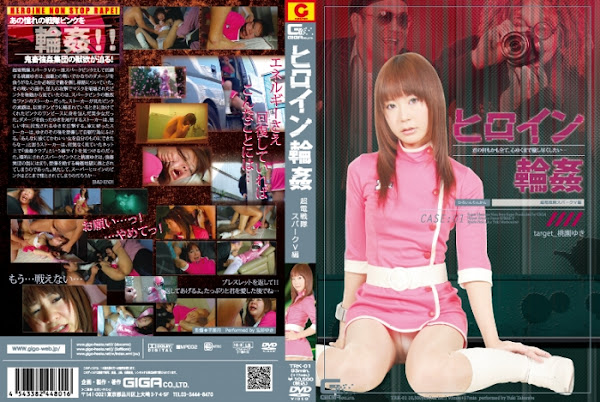 Yuki Momozono as the Spark-Pink is being active as a member of the Super Electric Force named the Spark V. While she is fighting against a powerful enemy， she is damaged so seriously. But she can beat the enemy with her deadly blow and leaves for home. During the fight， from the somewhere behind of the Pink， there was a person who’s watching the Pink while her mask was being broken by attacks of the enemy’s monster. That is a stalker of a passionate fun of the Spark-Pink. The face of the Pink with the broken mask that the stalker saw is exactly same face of a lovely girl with a pink one-peace dress， who rescued him when he was picked a quarrel with some punks before. The stalker follows the damaged Pink and witnesses Yuki taken away with a suspicious car. After the stalker goes home， he imagines how Yuki is treated after that and indulges to play himself. ”I wish that I could have such a strong cute girl for my own～”， that how the stalker thinks， and while he is casually watching on the Internet， he finds an underground site named ”The Raping Club.” Yuki Momozono as the Spark-Pink， who has been targeted， is entrapped by the raping group and fallen into unimaginable fearful gang raping. Well， how far is the Super Heroine Spark-Pink fallen down by them... BAD END