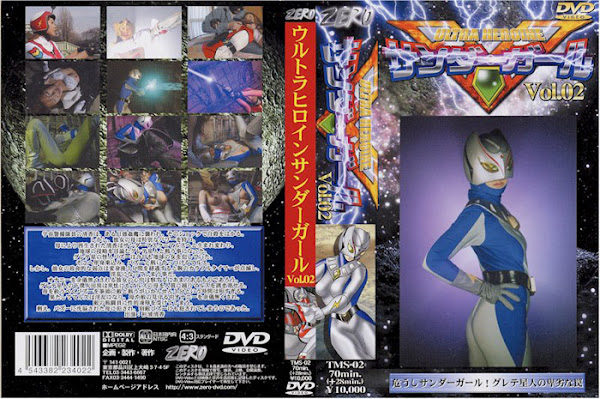 Sayaka， a ranger of the Cosmic Guards， assaulted and disgraced one day， commits suicide out of shock. But， her mother， having a special power， revives Sayaka， who is now reborn to become Thunder-mask Mals to fight the aliens from Star Grete conspiring invasion of the earth. Specter Bazoo of Star Grete goes berserk， raping women of the earth day after day. Then， Mals comes charging in alone to blast Bazoo. But she has a fatal weakness; in three minutes after transformation， the colorful timer on her breasts starts blinking on and off， turning her horny. Just imagine how her state of mind must be， she being obliged to flick the bean. Ohtaguro， a footman of Star Grete， is so mean as to take Mals’ mother as hostage to lure Mals out. She confronts the enemy led by Bazoo to save her mother， but her three minutes are too short a time. Alas， Mals gets so horny that she now feels like flicking the bean while her mother looks on. She ends up being sexually punishmentd by the enemy fighters. To make things worse， Etsuko gets molested by her own mother who’s been brainwashed by Bazoo， and is screwed by her long-time enemy Bazoo himself.