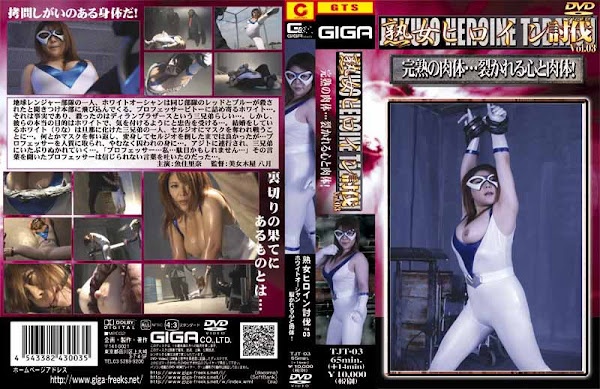 One member of the Earth Ranger Corps， White Ocean， rushed into the Corps headquarters， after hearing that rangers Red and Blue had been wiped out. White hurried up to Professor Bettor. It was true; the three Dylan Brothers had done it. But the brothers had a real plan to go after White， so she was told. White， Riena， was married to Sergio， one of the Dylan Brothers， who disguised as her husband. Sergio stole her mask and got into fighting with her. She took back her mask， transformed herself and successfully fell Sergio. But with the Professor taken as a hostage， she had to give in. Captured into their hideout， she was molested by the three brothers. ”Professor， I just can’t take it any longer...” On hearing this， the Professor uttered unbelievable words.