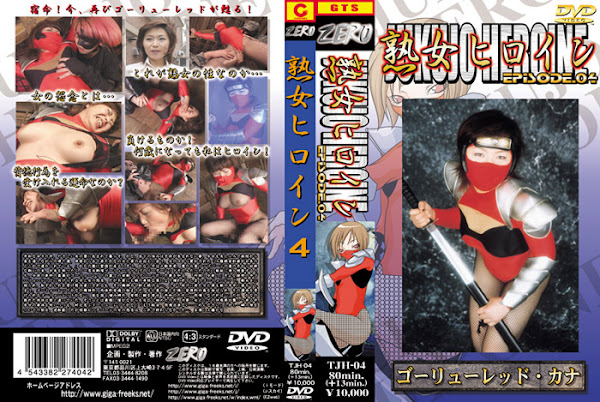 Kana was living a peaceful life with being loved by her husband. The only anxiety was that she could not have a child. On the way from the hospital with her husband with dissapointed， they were met by her father and little brother who came from her home country. Her father said ”human being despairing plan is under way somewhere in Japan.” She became tense! Yes， Kana was the Leader Red of Female Ninja Troop Go-Ryu-Five， who had saved Japan from the tentacles of evil of the devil incarnation Rip Burn after heroic fights a dozen or so years before. On smuggling the enemy for investigation， she found that the power behind this was the old enemy Rib Burn. ”Why now?” In such a doubt， swords and grudge of woman turned to her. But she was carelessly caught by the mean trap of the enemy. Beaten and humilated by the enemy soldiers， she continued to stand by her spiritual power. Her father and brother came to save her， but they also fell into the enemy’s hands. This was the start of spiritual and physical suffering of Go-Ryu-Red Kana. She was commanded to do immortal conduct in exchange of the lives of father and brother. She accepted the fate. Biting lips and frowning， she decided to stand for the world peace. Her mature body， however， was different from that of before. In spite of her heart， the body began to react. Attacked by the ecstasy as a woman， she cursed her body with enduring it. ”Oh， I can’t stand this! I’m sorry!” But she escaped and reversed taking advantage of a momentary chance. But this was not the end of the grudge of Big Burn.