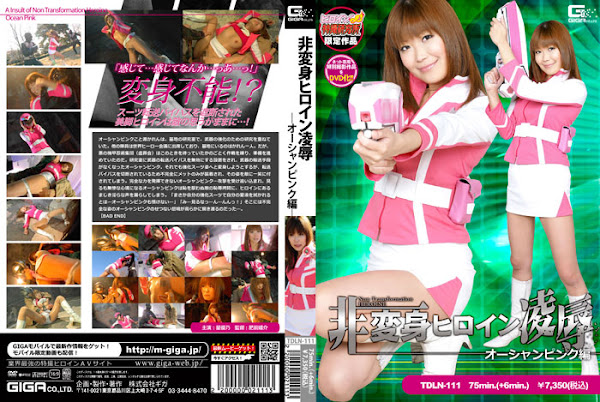 Karen Minamoto is superheroine Ocean Pink working on improving weapons at the laboratory of the rangers’ base. International Hero Conference is being held today and the rest of the ranger members are out attending the meeting. Karen is alone in the base and this is exactly what Kosou-kai， the evil armored ninja unit， has long been waiting for， carefully working out their plans to attack. The enemy forces secretly have planted a device in the lab that disables the transfer bypass of weapons， and Ocean Pink has no means of transporting her weapons. She still attempts to transform and fight in armored suit， but because of the disconnected bypass her transformation is imperfect and she is equipped only with a helmet. Ocean Pink， terribly ridiculed by the enemy， cannot fully use her power during the combat. Pushed to the wall and in utter misery， Ocean Pink is subjected to the shameless enemy’s disgrace tortures， and she even lets out a sexy moaning voice， something inappropriate as a heroine. “This is pathetic， Ocean Pink， to wipe your own love juice with your armed suit.” “Do... don’t look at me!” The crying voice of the imperfectly transformed heroine Ocean Pink echoes now.