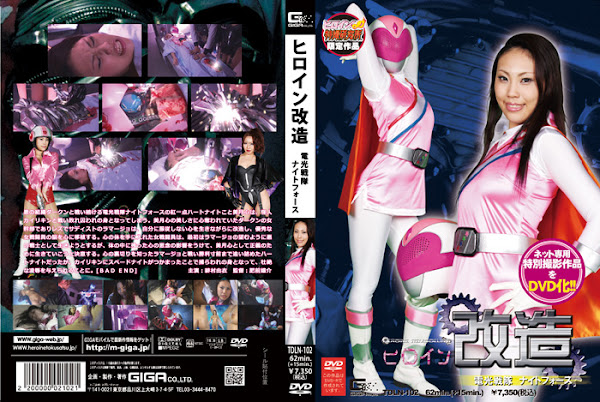 Kokoro Mitsuki， aka Heart Knight， the only girlie member of the Spark Rangers Night Force， fighting the evil clan Darken， has battled against the strongman Kairikin and ended up in their prison. LaMarjo， a woman cadre and lesbian sadist of the Darken， captivated by beautiful Kokoro Mitsuki， plans on revamping disobedient Kokoro live and transplants the brain of an able woman fighter into Kokoro. The woman fighter in Kokoro’s body tries at first to live like an evil warrior the way La Marjo wants. But， she gets affected by Kokoro’s thoughts remaining in the body and finally decides to live for justice as Kokoro Mitsuki. Heart Knight challenges La Marjo who has learned of Kokoro’s betrayal and runs her down. Meanwhile， Kairikin has captured Spade Knight， and Heart Knight falls into the trap trying to rescue him. Heart Knight is now facing the torturous screwing. [Bad ending]