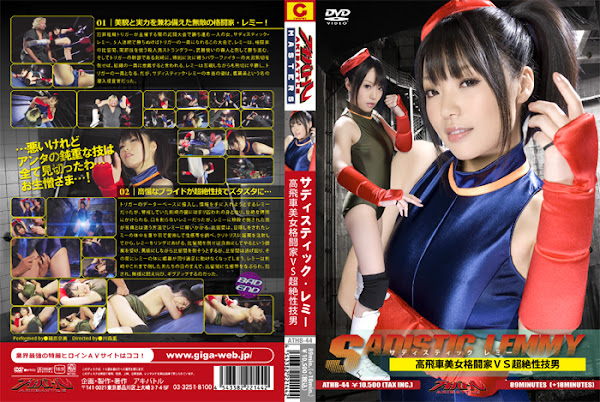 Sadistic Remy keeps busting down opponents at the shadowy martial arts competition sponsored by the Trigger， a criminal organization. The rule of the game at the competition is that you win the Trigger membership if you beat five opponents in a row. Remy has already busted Grappler Hiruma， Killer Strangler who’s good at holds， and Kirito， the weapon manipulator. Kenzaki， one cadre of the Trigger， offers her a special term that the she will be nominated for the Trigger member if she beats the next fighter， a big man of Power Fighter Kumagiri. She manages to knock off Kumagiri and becomes a Trigger member. But， the true identity of Sadistic Remy is an undercover investigator named Remy Hibiki. Remy tries to sneak into the Trigger database for information but falls into the trap set by Kenzaki， who has been on alert. She is now imprisoned， where rigorous tortures are in wait. She holds up without cracking， while Hiruma， the guy who was once beat by Remy just in seconds， pounces on to hurt her in different ways: he caresses blind-folded Remy’s body all over with soft brushes and feathers， searching for her erogenous zones. He gives a shot of aphrodisiac into Remy’s clitoris and puts her on the ring. Beat Hiruma， and she’ll be freed. That is the idea given her. Remy fools around with him at first， but Hiruma flips and flops all over， waiting for the drug to take effects on Remy until she falls down motionless. Now Remy is groped in her sensitive parts by Hiruma， as Kenzaki and other grapplers she beat look on; she gets screwed， wailing miserably， and finally gives up. [Bad ending]