ATHB-42 Fighting Game Heroine - The Story Of A Holy Sword 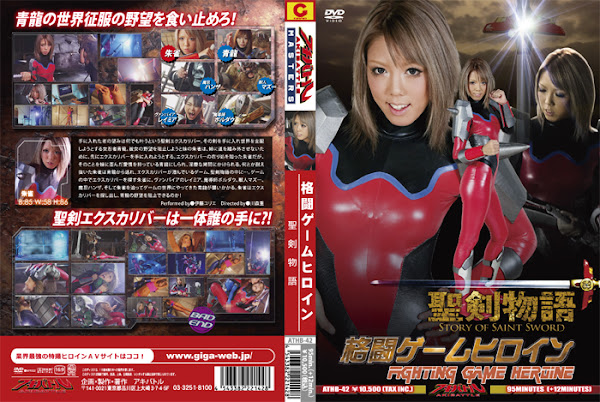 Excalibur is a holy sword which some say grants its holder anything he or she wishes. Seiryu the Blue Dragon is a female ninja who intends to dominate the world with the magical sword. To block her ambitious plans， her younger sister Suzaku the Red Sparrow attempts to get Excalibur first so that Seiryu will give up the wrong idea. When Seiryu discovers that Suzaku knows the location of the holy sword， Seiryu， who has a perverse love for her sister， subjects Suzaku to a series of erotic sex tortures. Suzaku manages to endure them and escape from Seiryu， and enters the world of the game ”Tales of the Holy Sword，” where Excalibur is hidden.... Suzaku seeks the sword in the game’s world， but she is attacked by Lamia the vampire， Bordeaux the Sorcerer， Mazuu the Beast Man， Hansa the Evil Ninja and Seiryu， who has entered the game’s universe chasing Suzaku. Can Suzaku find Excalibur and foil Seiryu’s ambitions before it is too late? [BAD END]