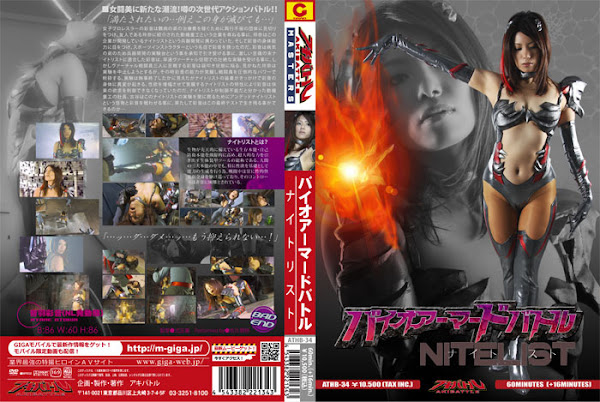 Ayane is a female pro wrestler， and one day she gives up on an organization with a dull performance in order to earn cost of medical treatment of her younger brother who obtains an incurable disease， and she visits a company called the Precious-Master Heavy Industry which is introduced by her friend， Reina. Actually， Reina has engaged in arms development called NITE LIST which this company has been developing. So Reina fixed on Ayane’s physical strength and seduced Ayane into the company as the sports instructor. And after Akane enters into the company， she finds out that she is accepted as the subject of the arms development. But for her sick younger brother， she consents for it and decides to take the experiment. After an intense pain， Ayane suits into NITE LIST and she instantly starts taking the sublime experiment in virtual space. However， Ayane has a tough game against three virtual combatants， and finally she is fallen into a ganged-up and beaten-up situation. Reina cannot overlook the situation and is going to stop the experiment， but then Ayane’s fighting capability awakes and she grinds the combatants with her overwhelming power. It seems that the experiment ends with no problems， but an accident occurs in Ayane’s body taking advantage of wearing of NITE LIST. According to the characteristic of NITE LIST， which makes a sexual desire amplifying and awaking， it has been impossible for Ayane to control the desire of sexual pleasure. A president of the Precious-Master Heavy Industry named Furuya now understands that NITE LIST is uncontrollable， so instead of hushing up the experiment of NITE LIST， Furuya makes Ayane fight against a monster called the UNDEAD NITE LIST. Well， is it possible for Ayane to survive this last test... [BAD END]