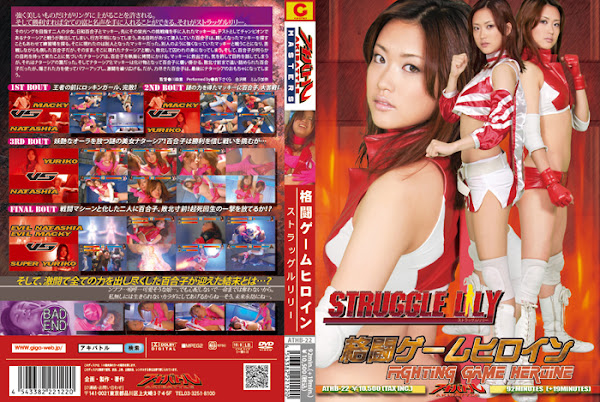 Only strong beautiful people can step on the ring. And the last winner can have wealth and honor. The game is called the Struggle-Lily. There are two girls named Yuriko Hiyori and Mucky who aim for it. At first Mucky gets the right of the challenge to the honor， and she fights against the champion named Natasha as the test; but she looses the fight and be missing somewhere. The other side， actually Yuriko has a purpose for sneaking into this game， and she tries to search the training place while she is looking for Mucky as her acquainted friend. And there Mucky appears in front of Yuriko but she looks like a completely different person. Yuriko is forced to fight against Mucky who is so strong like a different person， but Yuriko wins a bitter fight against Mucky; yet she has to fight against Natasha who is just appeared. Yuriko looses the fight and she is captured. And Natasha finds out that Yuriko is here for a purpose and gives her torture repeatedly. Yet fortunately Yuriko is rescued by Mucky， and she carelessly trusts Mucky and tells her real purpose. But that is a trap set up by Natasha. And Natasha and Mucky turn themselves into monsters and they attack Yuriko by surprise. Though Yuriko is driven into right before the defeat， she utilizes her hidden power and brings more power into her. And she starts to play a fierce fight. However， Yuriko runs out her power， and at last she becomes a toy of Natasha. [BAD END]