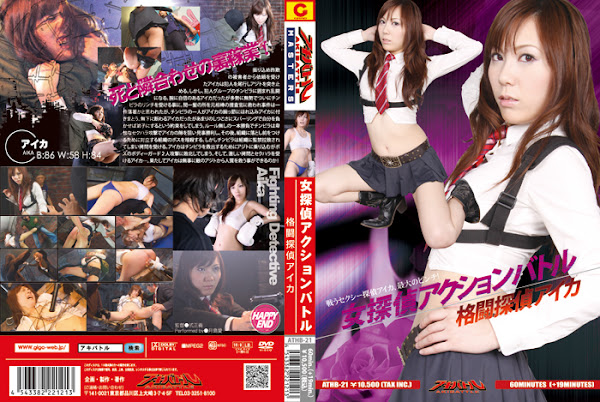 Aika receives a request from a victim of the ”It’s me， me” swindle， so she follows the criminal and finds out the secret base of the operation. However， she is surrounded by the criminal group’s punks and is brought into fisticuffs. Though she is confident of her fighting skill， she is outnumbered and is placed in torture by the punks. But fortunately she is rescued by ex-partner’s detective and has a hairbreadth escape. And it seems that it is all settled. But one of the punks is charmed by Aika’s great physical strength and starts to hang around Aika. She rejects him without hesitation， but she gets sick of his never ending persistence and at last she promises him that she will make him her pupil if he can beat her in a sparring. It is a single-throw match without any rules. The punk makes a use of these situations and gives her mean sexual harassment attack， and he succeeds in taking her at a disadvantage and finally he beats her splendidly. However， after this match， in order to compensate for his criminal group， he has to assassinate a boss of the opposing organization. But contrary to the punk’s will， he is kidnapped and placed in confinement， and he is tortured. Aika ventures into their base in order to rescue the punk， but she is attacked by two body guards of the boss and she is beaten up by them. Aika is given harsh torture and sexual harassment. Well， is it possible for her to rescue the hostage from the foe’s secret base without further accidents!