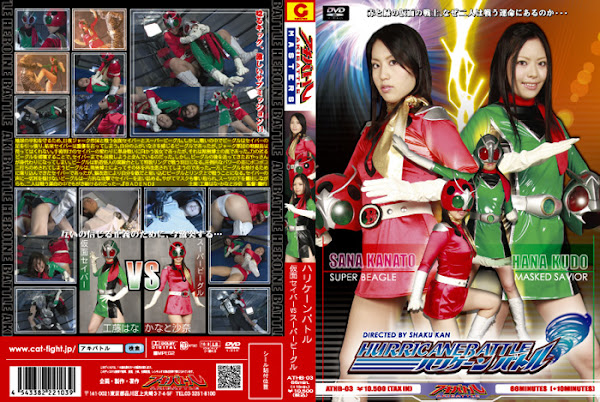 Day and night， Masked Saver and Super Beegle have been fighting against the Jerk Empire to protect the peace on Earth. But， while in battle， Beegle gets in Saver’s way and hurts her seriously. Regretting her own tameness， Beegle sets out alone to the battle ground in Saver’s place， as the Jerk’s corps get ready for the battle. She falls into Dr. Darkness’s trap. He has planned to capture less powerful Beegle， so that she would lure Saver out， whom he intends to terminate. But， chasing after Beegle comes an old buddy and he gets sacrificed instead. Beegle is sent onto a special ring where she has to fight against an experimental robot phantom. The phantom overpowers and beats her down flat， and Dr. Darkness works on to reconstruct her body. Meanwhile， Saver has turned up to rescue Beegle out， but she ends up fighting in the ring with Beegle who has had her brain altered to take Saver for her enemy. Beegle， never listening to Saver’s plea， corners Saver one-sidedly. With the mask ripped off and pants taken down， two girls have to struggle in the fateful battle... Bad Ending.