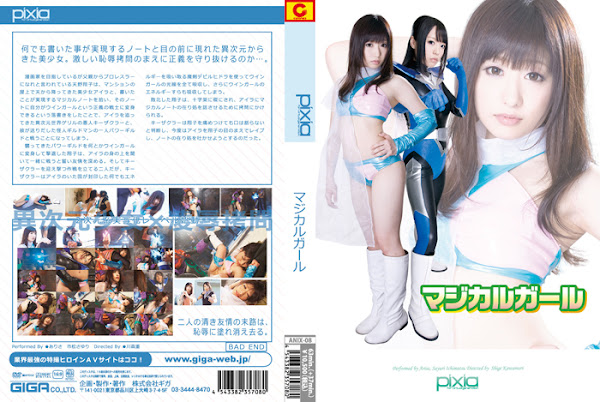 Shoko Amano aspires to be a cartoonist， while her father insists that she become a pro-wrestler. On the roof floor of her apartment， where she picks up the Magical Note that makes dreams come true if written down in it， she happens to meet a pretty girl， Aira， who has been sent from heaven. Shoko scribbles in her dream that she transform into the justice fighter Win-girl. Because of that， she ends up fighting with a bad guy Keyzackler from the different dimension world Guerill， who has been chasing after Aira， and also with Power Guild， one of the Guildman specters sent by him. Shoko manages to fend off Power Guild by transforming into Win-girl， makes friends with Aira after hearing her life history and pledges to fight together with her. Two of them make up a plan to battle Keyzackler， but he sucks up all the energy of Win-girl’s light beams， using the Magical Sword Deveilhidra that absorbs all types of energy. The sword has been sealed by the nation where Aira used to live， but it now also sucks up Win-girl’s energy. Beaten， Shoko is tied up on a cross and tortured to make Aika spill the whereabouts of the Magical Note. Judging that Shoko would not talk even under torture， Keyzackler turns to Aira and disgraces her as Shoko looks on to make her talk. [Bad ending]