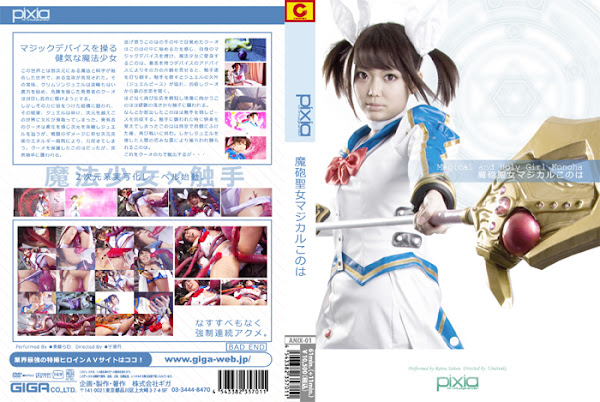 In the world of different dimension， where magic and science are blended together， a sacred gem， Crimson Jewel， has been discovered. The gem is empowered with a spectacular magical force that has made the discoverer feel scary. So much so that he sealed the gem and wanted to entrust it in the hands of the government. But the Jewel is shattered to pieces， with some pieces flying beyond the dimension into cosmic space. Feeling guilty， Qoowo warps into the cosmic space， chasing after the Jewel， but exhausts his energy in breaking the dimension. Konoha Kamimura， an ordinary coed， catches Qoowo’s cry for help and goes out to rescue him. Successful in securing him， Konoha suddenly gets assaulted by the tentacles. Qoowo， while in Konoha’s custody， awakens to Konoha’s mystic force and hands over his magic device. Konoha follows Qoowo’s instructions， transforms and uses the device that has its own will to exert power to beat the tentacles. She finds and retrieves the Jewel piece from the tentacle she has beaten. Returning home， Konoha listens to Qoowo’s story and decides to cooperate with him. Sensing reactions， Konoha sets out to the site but falls into tentacles’ trap due to her lack of experience. She manages to get away， beats the tentacles and takes back the piece. Alas， however， Konoha has learned the sexual pleasure from the tentacles， punishments herself in the privacy of her room before going out to fight. But， she gets into the trap shrewdly set up by men who gave birth to the Jewel， and captured to be gang disgraced. Will she now drown herself down into sexual pleasures!? [Bad ending]