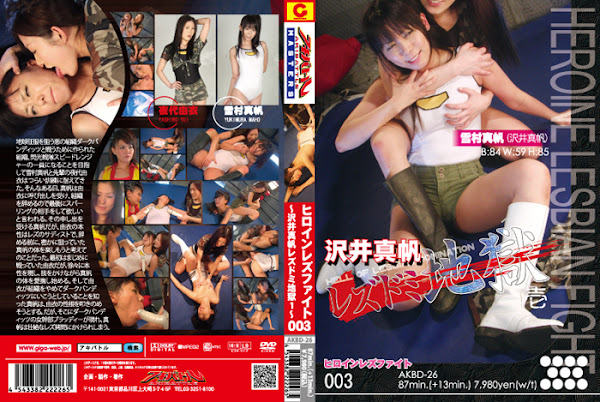 Maho Yukimura and her senior， Yui Yashiro， have been training hard to become members of the Flash Corps of Speed Rangers， organized to fight the Dark Bandits， an outfit of villains trying to conquer the Earth. One day， Maho is called out by Yui， who asks her to play the spurring partner in Yui’s last training session before leaving the organization. At first， Yui engages in the training in earnest， but she begins to show her true self， starting to grope Maho’s body while fighting. Later， learning that Yui has left the organization to join the Dark Bandits， Maho decides to beat shits out of her. There comes Bloody， the woman cadre of the Dark Bandits， who puts Maho to rigorous lesbian torture plays.