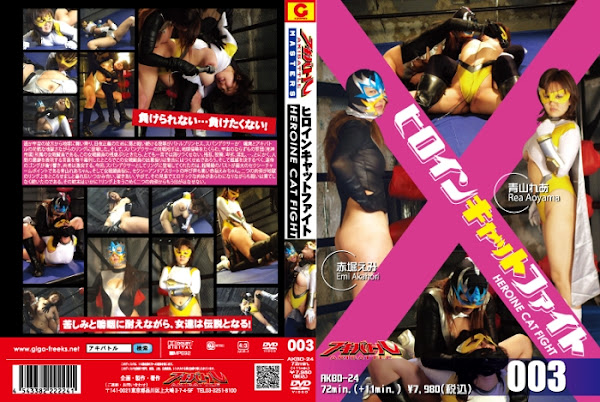 Our battling princess， Spandexer， has come from the far end of space onto the Earth and keeps on fighting against evils day and night. And， now she is up on the ring to engage in the hellish Aki-battle. Against her is a girlie fighter of the wicked space corps (God of Death Empire) of villains， eyeing to conquer the Earth. This woman fighter is so cruel and vicious that no words can describe. Brutal， sneaky， mean and dirty... A long list of words to depict all human wrongs would never be enough to describe her viciousness. And， at last， the gong of fate rings out to start the fateful fight. At this time， Spandexer is played by Rea Aoyama who boasts of her super big boobs as the sexy charm point. The fighter is played by Emi Akahori， who is both sexy and athletic. Two girls run around the ring， throwing kicks and swinging fists and arms， crushing the opponent， ripping off uniforms to reveal erotic body lines. How will the fight come to an end? Two girlie bodies bounce and pounce to keep your eyes riveted.