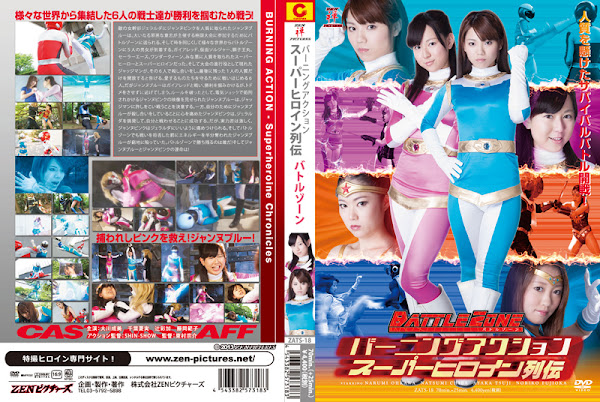 Jeanne Blue hopes to rescue Jeanne Pink， who is captured by Officer Geralda. In order to rescue her， she is forced to participate in a free-for-all held in the coliseum. Five other super heroes and heroines gather in the stadium， all having the will of saving someone they love. Jeanne Blue fights against Gaia Red. Although she has the chance of finishing her， she runs away from reality and fails to kill her. Since she broke the rules， Geralda punishes her for being disobedient. Jeanne Pink feels ashamed not being able to help her friend who is trying so hard. Jeanne Blue gets her energy sucked and gets herself into a terrible fix. What is going to happen to the two!?