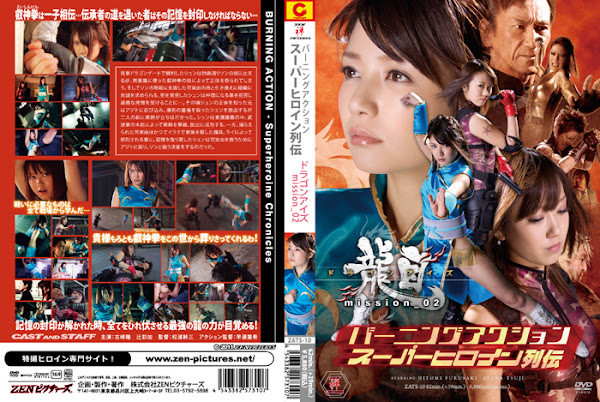 As the winner of the Dragon Gate competition， Shun Lee successfully gains the attention of Son Sunfong as she planned， but because of her move ‘Eishin Ken (Wisdom God Fist)’ she used carelessly， her true identity is exposed. The Red Dragon boss demands that Shun declare her loyalty to the crime organization in exchange for the life of Kamiyu who has failed in assassination attempts on Son. Ready to die for her cause， Shun refuses his offer to become his partner， and chooses to undergo horrific tortures. In the meanwhile， learning the identity of Shun， a detective Gen sneaks in the Red Dragon hideout to rescue the heavily wounded Shun， but while trying to flee the enemy territory， they are confronted by Shirei. Though battered and exhausted， a natural-born martial artist Shun defeats Shirei and escapes. She has no time to rest as the captured Kamiyu， it is decided， will be executed by Rai， a former mercenary who has killed Kamiyu’s family in Iraq. With her memories recovered， Shun enters the enemy hideout again to save Kamiyu and settle the score with Son once and for all.