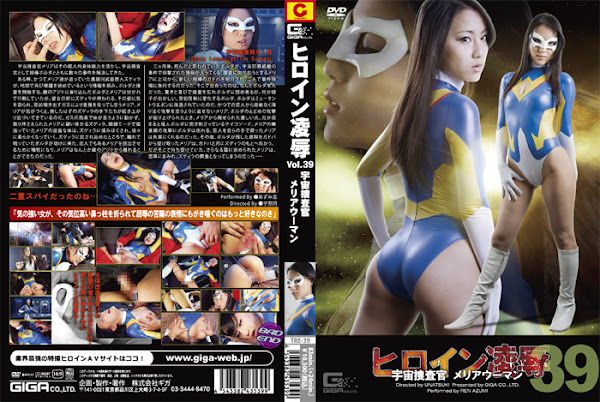 The cosmic investigator Merria， with her super-human physical capabilities， has solved many hard cases one after another as a cosmic investigator with her partner Bolda. One day， on the information that Zugailla， a shadowy arms dealer in the Milky Way whom Merria and her colleagues have been after， has been back to Earth to engage in dark business， Merria starts the investigation with Bolda. Once in the enemy hideaway， Bolda and Merria set out on their search separately. In front of Merria suddenly appears Zugailla and takes her by surprise. She inhales the gas spewed at her that knocks her down unconscious. When awaken， Merria finds Zugailla’s men closing in on her. Unable to move， affected by the gas， she is captured and Zugailla pounces on her. Her body， so hardened in the mode for fighting， gets gradually softened up by Zugailla’s massaging as Zugailla finally disgraces her. Then， Bolda， Merria’s lover， comes to her rescue， but gets sacrificed in letting Merria escape to safety away from the enemy’s hideout. Three months later， the news come in that Bolda who was supposedly dead has been seen in a case involving the criminal organization. About to go on an investigation， Merria is introduced to a new partner Gadova by her boss. The two set out to the site of the incident， where they happen to meet Bolda himself. Surprised and rejoiced， Merria forgets about her search and rushes to Bolda. But， there is something strange about him. Bolda suddenly transforms into a monster; he has been remodeled into a mutant weapon. Merria has difficulty in fighting back the repeated attacks made by her one-time lover. Bolda wields his last attack for a kill， when Merria emits a fierce light. As the light diminishes， Monster Bolda stands pierced by the Psycho Sword that Merria has flashed unconsciously to send him falling down. Killing her own lover with her hands， Merria is depressed in grief. Later， Merria heads for Zugailla， armed with the data left by Bolda and handed over by Gadova. But， Merria falls into a trap set by Zugailla and is preyed on by him in disgrace... [Bad ending]