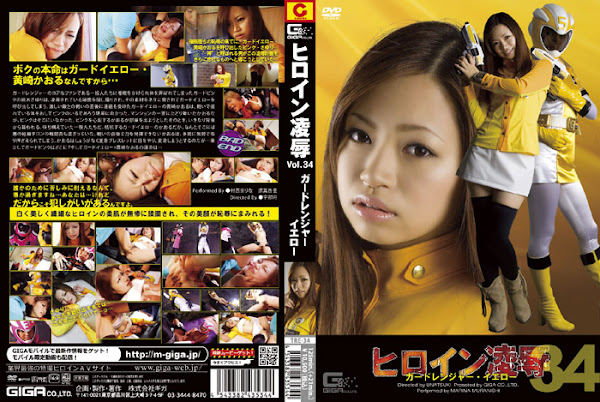 Sayuri Momoki(means a lily on a peach tree) as the Guard-Pink is hypnotized by a civilian who is an enthusiastic fan of the Guard-Ranger， and then she is made the sport and is also made a film of the scene with a hidden camera currently while she’s violated; and in addition to that she is threaten with the film material and she has no choice but to call and lure the Guard-Yellow. Kaoru Kizaki (means fragrance on a yellow cape) as the Guard-Yellow receives a connection immediately after an intense battle against an enemy and even if she is so tired with the battle， she goes to the spot where the Guard-Pink might be present. Though Kaoru (the Yellow) arrives at one room of an apartment， she cannot find the Guard-Pink there. However， when she， who worries about the Guard-Pink， is going to come out of the room， she’s attacked from the behind suddenly. The Persons who are being prepared are civilians. The Guard-Yellow resists against them， but unexpectedly， some combatants of an evil organization called the D’allonnes are mixing with them there. Kaoru (the Yellow)， who cannot demonstrate power immediately after the previous battle， is outnumbered and easily held down. But Kaoru (the Yellow) has a grolley at her transformation bracelet and tries to transform herself into the guard-Yellow， but... Well， where is the Guard-Pink now? And how would destiny of Kaoru Kizaki as the Guard-Yellow come out!?... [BAD END]