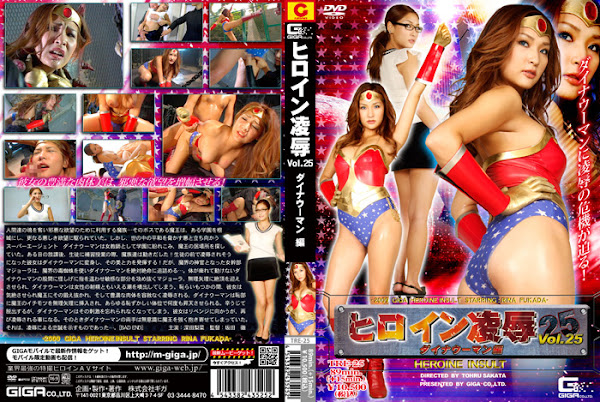 To satisfy their insatiate evil desire， the Daemon Clan makes a prey of human souls. They are evil creatures led by Dark Lord， threatening the peace of the world. Dark Lord sets up a school as a cover-up for their heinous invasion plans， a school that is actually a covert base for their forces of greed. Super Agent Dyna Woman is the only one who can stop the evil forces， and under the disguise of a school teacher she enters the academy， trying to spot where Dark Lord is hiding. One day， while she is teaching for a remedial class， the demons finally make a move! She is almost disgraced in front of the students， but she transforms into Dyna Woman to fight， using the beauty and powers! However， the female high-rank officer Majora， now Dark Lord’s priestess， uses venomous spiders of the underworld and corners Dyna Woman， whose body gets numb and paralyzed. Majora slips her fingers into Dyna Woman’s crotch， torturing the most pleasure-sensitive part of her， and after forced orgasm Dyna Woman squirts in the end. Female ejaculation is embarrassing enough， but she gets quickly knocked out unconscious by Dark Lord， and he disgraces the superheroine， ravishing her well-trained and glamorous body. Dyna Woman’s pussy gets penetrated by Dark Lord’s cock and she reaches orgasm again and again in a lot of humiliating positions. Dyna Woman manages to escape， but she can never forget the great pleasure she experienced. She sets out for another battle， only to be defeated and humiliated. Then in spite of herself Dyna Woman finds herself holding Dark Lord tight. This is the total subjugation of the heroine， to complete the conquest of her by disgrace. [BAD END]