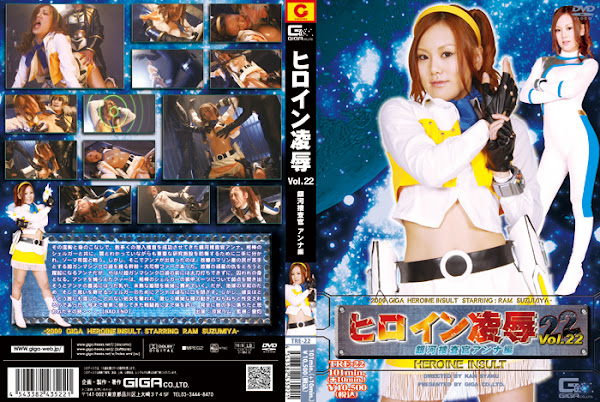 The Galaxy Investigator Anna has made many inside investigations success with her courage and carriage. With her partner Shellgar， while knowing it’s an enemy’s trap， in order to defend an important facility for research， they divide into two groups and fight against the Soomer Empire. However， Anna encounters the enemy’s cadre and highest dark bishop named Fur， who uses the Super-Synchronized-Gamma-Wave which people of her hometown the Planet Marine have an allergic reaction to. Anna is all agog to execute her hometown’s revenge on the enemy， but as was expected she cannot compete with the Super-Synchronized-Gamma-Wave， and then she is captured. After Fur takes possession of Anna， in order to find out a weak point about the armor suit of her partner Shellgar， Furr obstinately tortures the bountiful tits and the immature area between her legs. But Anna stubbornly seals her lips for peace of the earth and her longing partner Shellgar. However， the enemy finally robs her of the virginity that hasn’t been permitted to anyone， and she insistently tastes the sexual intercourse with the intensely obstinate motion of the waist. Then， even she’s played by the combatants whom she beat easily before， and she seems to be completely fallen into the enemy’s hand in that moment; however... [BAD END]