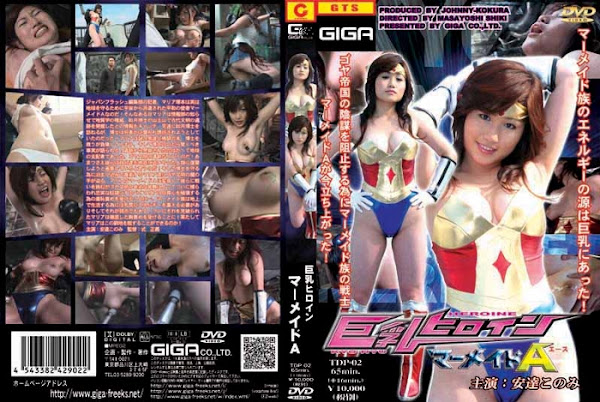 Maria Tsukamoto， the reporter of Japan Flash was the messenger of peace， Mermaid A， who was sent from the space to protect the earth. One day， Maria got the news that Professor Kisaragi， the geology authority， had discovered the remains of the ancinet civiliation. When she visited the professor， she found that the professor was being attacked and kidnapped by someone. Maria saved the professor but got hurt due to the fighting against the mysterious men. Then the professor told her an amazing truth. The site was the ruined civilization of Goya， which used to be the controller of the earth. They were planning to revenge on the human beings who drove them into the underground. Maria decided to stay with the professor to protect him， but she was attacked by the horrible hands of Goya. She changed into Mermaid A to fight against them， but was caught by the dirty scheme to be tortured by disgrace to destroy the her pride to make her obedient servant. Mermaids needed to store energy in her breast to live on the ground and that was their weak point. Goya found that finally and she was attacked thoroughly by the breast. Would Maria be able to get off the hook?