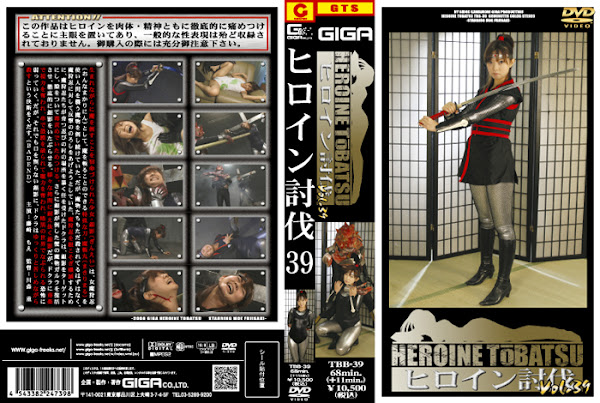 Gin-ei is a girl destined to be a demon slasher. Her life as a female ninja has been dedicated to hunting down the demons terrorizing humans and for that purpose she uses a specially-made sword “Makiri-maru” that can cut through the monsters. Of course， those demons would not just wait to be killed and now they are about to fight back the demon-hunting ninjas. To eradicate the hated ninjas， the demon Dokura is ordered to find out the location of the village where the ninjas are trained. Dokura sets an eye on Gin-ei first and attacks her when she is unprepared， and tortures her using poisons. Then Dokura resurrects the crab monster Garura from underworld， the monster Gin-ei once defeated， and Garura continues to torture the captured Gin-ei. Gin-ei endures all these tortures， but she loses her eyesight because of Garura’s poisons. She then is deprived of hearing as her eardrum is ruptured by Dogura’s skewer and gets weaker in the fear of being tortured in the dark. However， Gin-ei would not tell a word， so Dogura makes a decision to kill her slowly， giving her unbearable pains. (BAD END)