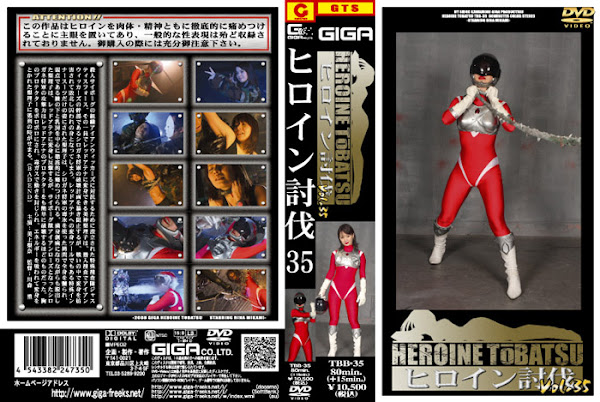 Justice Force was the special investigation team established to fight against Iron Wickers， the organization of killer cyborg. Ririko Mikami， who was a member of the team and was able to be Red Atena， searched out and prevented the destoying plan of General Shirogane， the top official of Iron Wickers. But she was prevented changing during the fight， failed and was caught by the enemy. Ririko， who was only in the special inner suit which was the changing tool into Red Atena， was tortured with the poisonous ice by General Shirogane and excruciated in the weak points， especially by the armpits and the breasts. She managed to escape and change into Red Atena to counterattack， but the attacking power of General Shirogane who became cyborg anima， Iron ROse， was so strong that the protector of Red Atena was destroyed easily. The breast protector became ragged and she became unable to move by the poisonous gas. She was forced to become unchanged with the energy being absorbed. The time of execution was approaching.