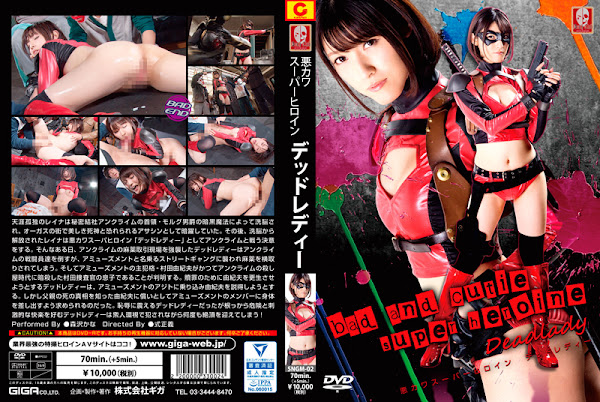 Reina， the leader of secret society Ancrime， is all alone in the world. She was brainwashed by baron Morgue’s black magic and engages in secret maneuver as an assassin. she is feared as a reaper in Augus town. Later， Reina is released from her brainwash and decides to fight with Ancrime as a Super Heroine， “Dead Lady.” One day Dead Lady rush to the Ancrime’s drug dealing site to defeat them. However she is intercepted the drug by a street gang named Amusement and she finds that Yukio Murata， ringleader of Amusement， is a son of agent Murata who was killed by Dead Lady when she was a Ancrime’s assassin. Dead Lady snakes into the base of Ancrime and tries to reform Yukio for her atonement. However when Yukio knows the truth of his father’s death， he rapes Dead Lady and treats her body as a toy. Dead Lady feels disgraceful but she truly loves danger and stimulating pleasure. She repeatedly feels orgasm by raping in front of people.