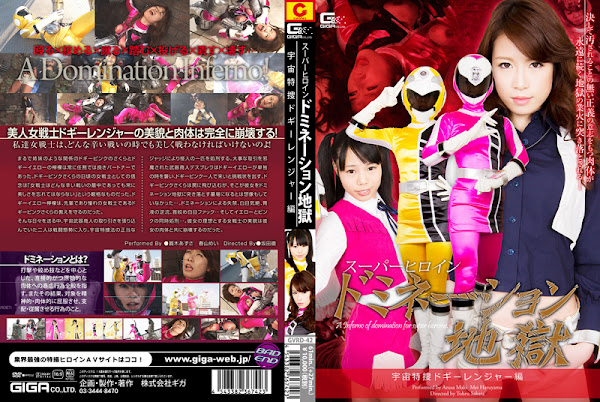 Doggy Pink and Yellow were like real sisters， they’ve always worked together as female warriors. Pink’s belief is that a female warrior must be beautiful at all times， even if she is fighting. Yellow， who longs for Pink， believes in every word Pink says. One day， they were on a look out for an arms dealer， and finds Desburela， the big shot in the underground society. They execute the trader under the law of Galactic Special Investigation Act. Desburela， who had his important transaction disturbed， attacks Yellow when she is alone. He then threatens Pink to come to his base alone or she will be killed. Pink jumps into the enemy’s traps， where she gets beaten badly. Incontinence， vomiting， strangling... Desburela execute the two for what they have done... [BAD END]