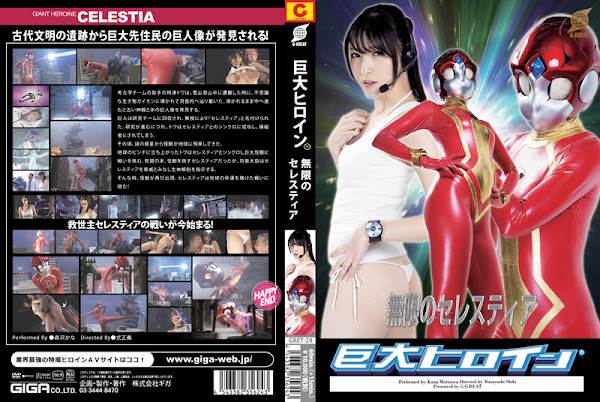 Towa Tokitsu， an assistant of archaeological team， arrived at the cave with being lead of mysterious creature Gaymon when she got lost in the snow mountain. She went into the cave with Gaymon and discovered ancient shrine and a frozen gigantic statue. Then earthquake happened and she became unconscious. A giant told Towa a crisis of the earth in her dream. The giant was collected by research team and named “Celestia” by a professor. Towa succeeded in synchronize with Celestia as research going on， and becomes her manipulator. Meanwhile， a gigantic monster comes to the earth from mysterious planet. Towa synchronizes with Celestia to battle with the gigantic monster to protect the earth. After a severe fight， Celestia beats the monster but the Minister of Defense regards Celestia as a threat and orders its vivisection. Then a gigantic monster appears again. Celestia tries to fight with the monster to protect the earth. [HAPPY END]