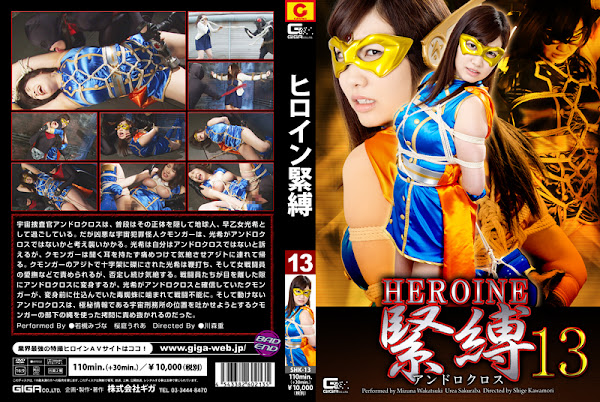 Space investigator Androcross usually spends as Mitsuki Saotome to hide her real character. However atrocious space crime monster Kumonger noticed Mitsuki is Androcross and attacks her. Mitsuki says she is not Androcross， but Kumonger doesn’t hear her opinion. Kumonger tortures， faints， and takes her to the base. Mitsuki is crucified there and accused with whipping and caress by female combatants but she has denied and lose her consciousness. When combatants are off their guard， she transforms into Androcross but she is bit by the spider which was set in by Kumonger before her transformation. Her body becomes numb. Kumonger’s subordinates torture her with rope to confess her secret information that the location of space prison. [BAD END]