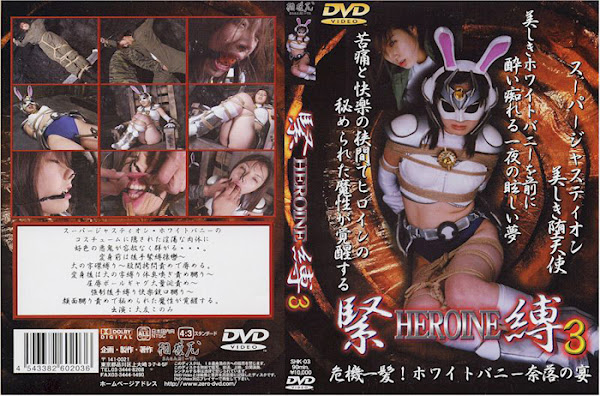 Lecherous goblins relentlessly flock to the prurient body hidden behind the costume of Super Justion White Bunny... Before turning White Bunny， she is humiliated by means of a gag with the hands tied up at the back， crucifixion with the legs wide open and torture of crotch examination. And after turning White Bunny， her hidden devilism awakes having been taken a sniff of the body odor while her body tied up with the legs wide open， put a ball gag so that she drivels in large amounts， messed around using a gun while her hands tied up at the back and fiddled about with the face.